Ever Heard Of Nowruz, The Iranian New Year? 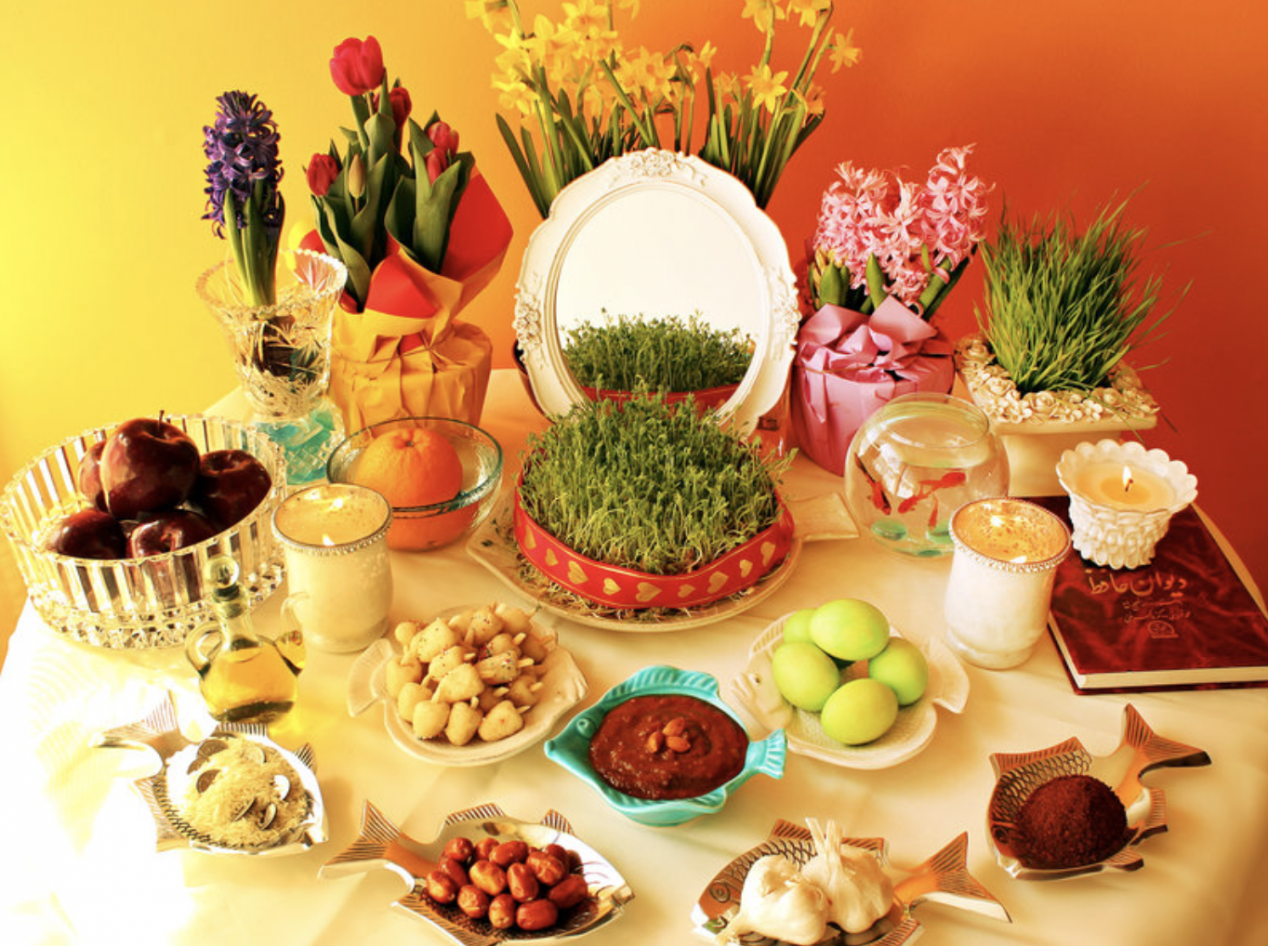 Ever Heard Of Nowruz, The Iranian New Year?

Could you imagine a holiday that, besides an abundance of delicious food and family visits, also includes rituals such as jumping over bonfires and renewing your closet? Well, Nowruz, which means “new day” in Persian, includes that and more.

This ancient festivity has been celebrated for at least 3,000 years and is rooted in Zoroastrianism, a Persian religion that emerged before Christianity and Islam. For millions of people, mainly those belonging to Iranian or Turkish ethnic groups, Nowruz is one of the most important dates of the year, if not the most.

More than 300,000 people from these groups call the UK home, and the fact that thousands of miles separate them from their ancestral lands does not mean that they take Nowruz any less seriously. So nodding at this colourful and lively festivity through marketing could be a smart move.

When is Nowruz celebrated?

Nowruz begins at the spring equinox, which usually happens between the 19th and 21st of March and marks the start of Farvardin, the first month of the Iranian calendar. In 2020, Nowruz took place at 7:30 AM, Tehran time and 3:49 AM London time.

A series of rituals precede the arrival of Nowruz, though. In most countries, people start preparing for it through the observance of a series or rituals in the week prior to the spring equinox. But in Azerbaijan, for example, preparations begin four weeks in advance.

While the basis of Nowruz remains largely the same in all the places where it is celebrated, each ethnic group adds some distinct essence to it, which is why certain variations occur from country to country.

One of the most notorious rituals that precede the arrival of Nowruz is Chaharshanbe Soori, which takes place on the eve of the last Wednesday before the start of spring. It consists of people gathering around a bonfire in an open space, then jumping over it while shouting “Give me your red colour and take back my sickly pallor.”

This is seen as a purification ritual, since the fire symbolises the burning of all things bad: sadness, pain, tragedy, sickness and concern. Once all negativity is gone, people will be ready for a brand new beginning.

In Azerbaijan, this ritual takes place each Tuesday throughout the four weeks prior to the start of Nowruz. Each time, a different element (water, fire, earth, and wind) is celebrated. And, on the day of the spring equinox, the graves of relatives are visited.

For Afghans, the main event during Nowruz season is the Red Flower Festival, locally known as Guli Surkh, which takes place in the city of Mazar-i-Sharif, near the border with Uzbekistan. During this festival, a buzkashi tournament takes place. This is considered to be the national Afghan sport, and it is considerably similar to polo, although a goat carcass is used instead of a ball.

Other common rituals that take place in the lead up to Nowruz are a thorough cleaning of the house, family and friend visits that are often synonymous with large parties, and a wardrobe renewal, as it is important to wear something new during the arrival of spring.

On the eve of Nowruz, families prepare a special table setting called Haft Sin or Haft-seen; a symbolic arrangement of seven items that start with the Persian letter “س” pronounced as “seen”, as well as a Qu’ran. The number seven is of special importance, as it is considered to be sacred by the Zoroastrian faith.

Regional variations of a Haft-Sin table might exist, but the items most commonly found are senjed (dried oleaster berries) for wisdom, samanu (wheat pudding) for strength, serkeh (vinegar) for age, somaq (sumac) for patience, seer (garlic) for cleansing of the body, seeb (apples) for health and sabzeh (sprouting wheatgrass) for cleansing the house.

Mirrors symbolising reflection, dyed eggs representing fertility, and a goldfish in a bowl symbolising life, as well as tulips or hyacinth, are also commonly added to the Haft-Sin table. The case of goldfish is especially notorious, since Petco has been criticized in the US for suspending their sale around the time of the spring equinox.

How can marketers nod at Nowruz?

Contrary to other, better known festivities, showcasing Nowruz through marketing can be complex; a quintessential symbol of it similar to what Santa Claus means for Christmas does not exist, so marketers have to get creative and develop a more intimate connection with Nowruz through a well-researched visual design.

An obvious first step would be to include spring-related imagery. However, that might only work in places where people who celebrate it are the majority; in the UK and other multicultural countries, more elements have to be added.

A foolproof Nowruz-inspired visual design can be achieved by making use of warm colours, namely turmeric and saffron, flowers such as tulips and hyacinth, or any of the symbolic items placed in a Haft-Sin table, especially wheatgrass on a tray or plate and dyed eggs.

Approaching topics like rebirth, renewal, family unity and starting over can also be a smart move, as these are some of the core values of Nowruz.

Everyone can celebrate Nowruz!

Nowruz is a resilient holiday; throughout millenia, it has endured the rise and fall of empires, and managed to survive Soviet state-sponsored atheism in the Caucasus and Central Asia, as well as the Iranian post-1979 government’s attempt to suppress it on grounds of paganism.

The recognition it deserves finally arrived in 2010, when the United Nations General Assembly proclaimed the 21st of March as International Nowruz Day. Therefore, authentically finding a space in your brand’s content calendar for Nowruz can certainly lead to increased engagement with this significant minority UK group of people.

Think Ethnic is looking for contribution that could be published in our portal. We are here to help marketing professionals, diverse writers and journalists get their voices heard in the broadcast and print media. If you would like to have your article published send a bio and a photo from submit page including your first article submission and if the article is something we’d wish to publish you will be added to the Writers page.